Researchers have discovered that a single treatment to inhibit a gene called PTB in mice converts native astrocytes, brain support cells, into neurons that produce the neurotransmitter dopamine. As a result, the mice's Parkinson's disease symptoms disappear.

For those who aren't aware  there are a number of Parkinson's Disease support and advocacy organisations throughout Australia and the local one for me is Parkinson's Queensland.

They are a great team dedicated to improving awareness, providing support, being catalysts for fund raising, and key to information sharing to the broader community and Parkinson's family alike.

If you are not yet a member of one of the local equivalents then please make an effort to do so. It is vital that the magnitude of the affected people throughout the community are well known and by signing up to one of the orgnisations helps to be able to present our case for improved services and funding of programs to the various levels of government. Numbers are vital in these discussions. Votes count.

There are great weekly updates via you tube and lots of communications. I strongly encourage you to get on board. 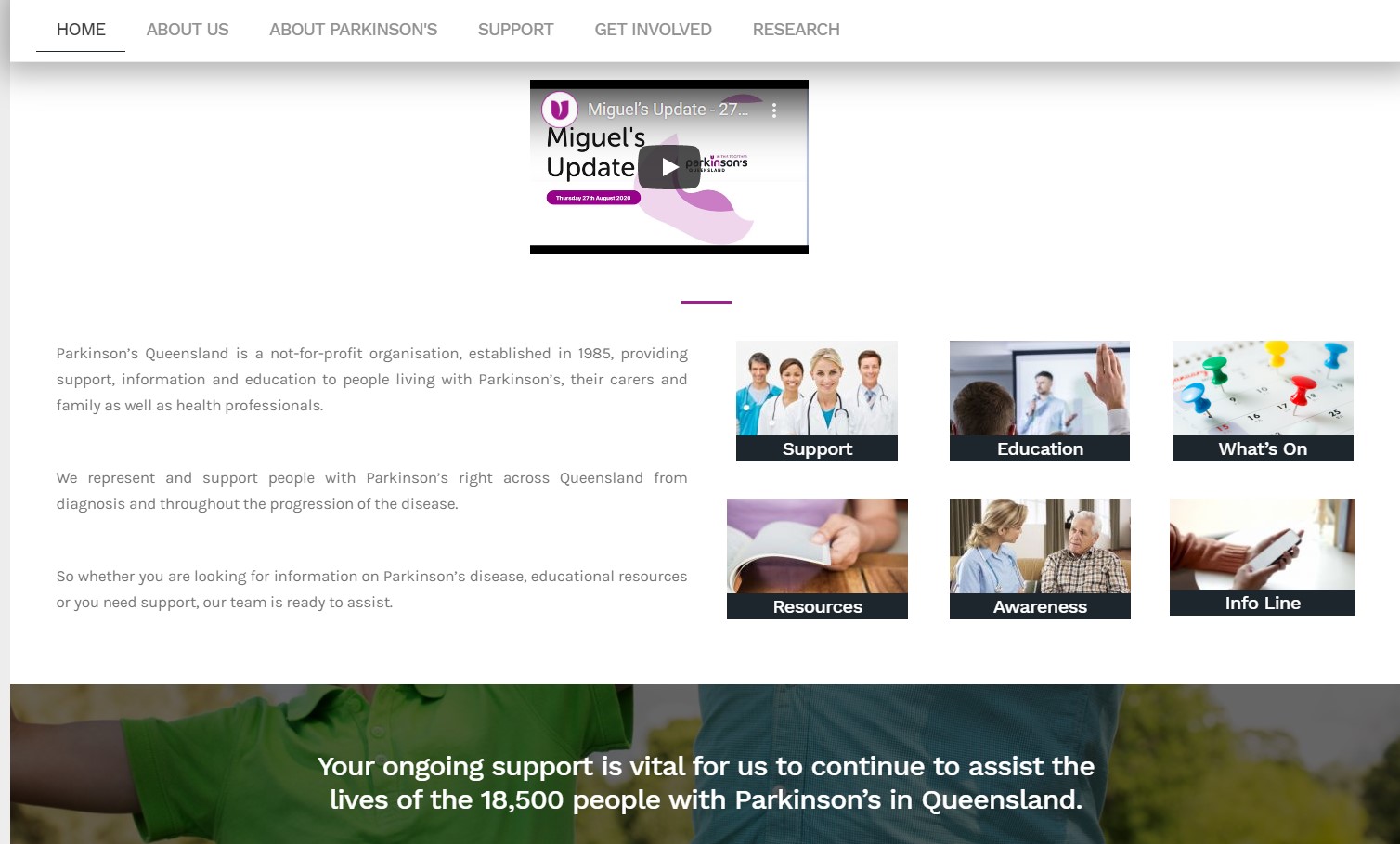 What exactly is Parkinson's Disease

Parkinson's disease is a disorder that affects muscle movement.

It is a disorder of the nervous system caused by the lack of dopamine, a natural substance that is produced in the brain.

Dopamine relays the messages in the part of the brain that controls muscle movement. When too little dopamine is produced, problems with muscle movement result.

The symptoms include shaking of the limbs, stiffness and slowness of movement, reduced blinking, and flatness of expression.

Each person with Parkinson's is affected differently and at different levels of each of the symptoms, and so the treatment regime can vary widely.

Predominate age for symptoms to become apparent is late 60s to 70s, but there are some who are affected and symptoms show early in life - termed young onset and early onset depending on age when symptoms show.

In my case I fall in to the early onset category being diagnosed mid 50s.

Parkinson's disease has no cure.

It is not hereditary, just seems to  be a luck of the draw disorder.

There is no blood test for it, its basically a clinical observation diagnosis to confirm, and other testing may be undertaken to rule out other conditions.

Symptoms can be treated via a range of options, predominantly dopamine replacement medication - the levels of which are highly dependent on the individual circumstances, really a case by case basis. Its not set and forget, with levels needing to be monitored and adjusted as the disease progresses at its own pace.

I am currently on a regime of dopamine three times a day.

And as a recently confirmed strategy, it has been proven that walking actually helps regrow brain cells important to natural dopamine production.

So walking is my new thing  - up at 5am for a walk and pushing ever further around the local streets. Who knows, maybe I will even extend the walking to take in the river trails near the office at West End.

For all who are wondering - the thinking part of the brain remains fully functional, so my usual quick and sometimes sarcastic wit will continue.